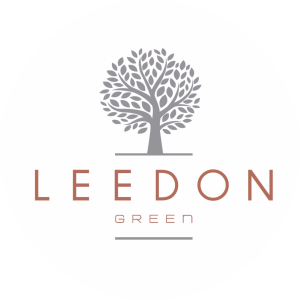 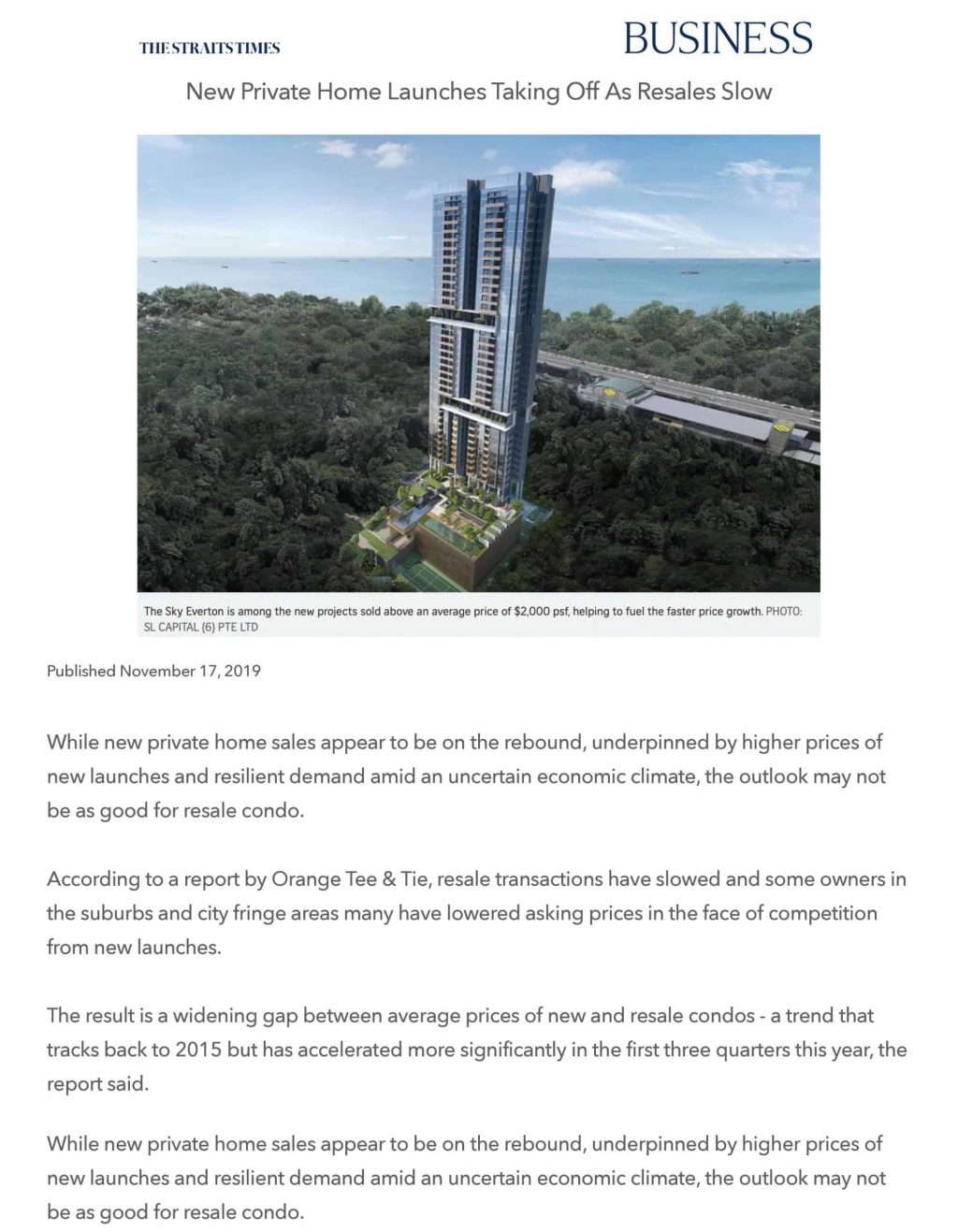 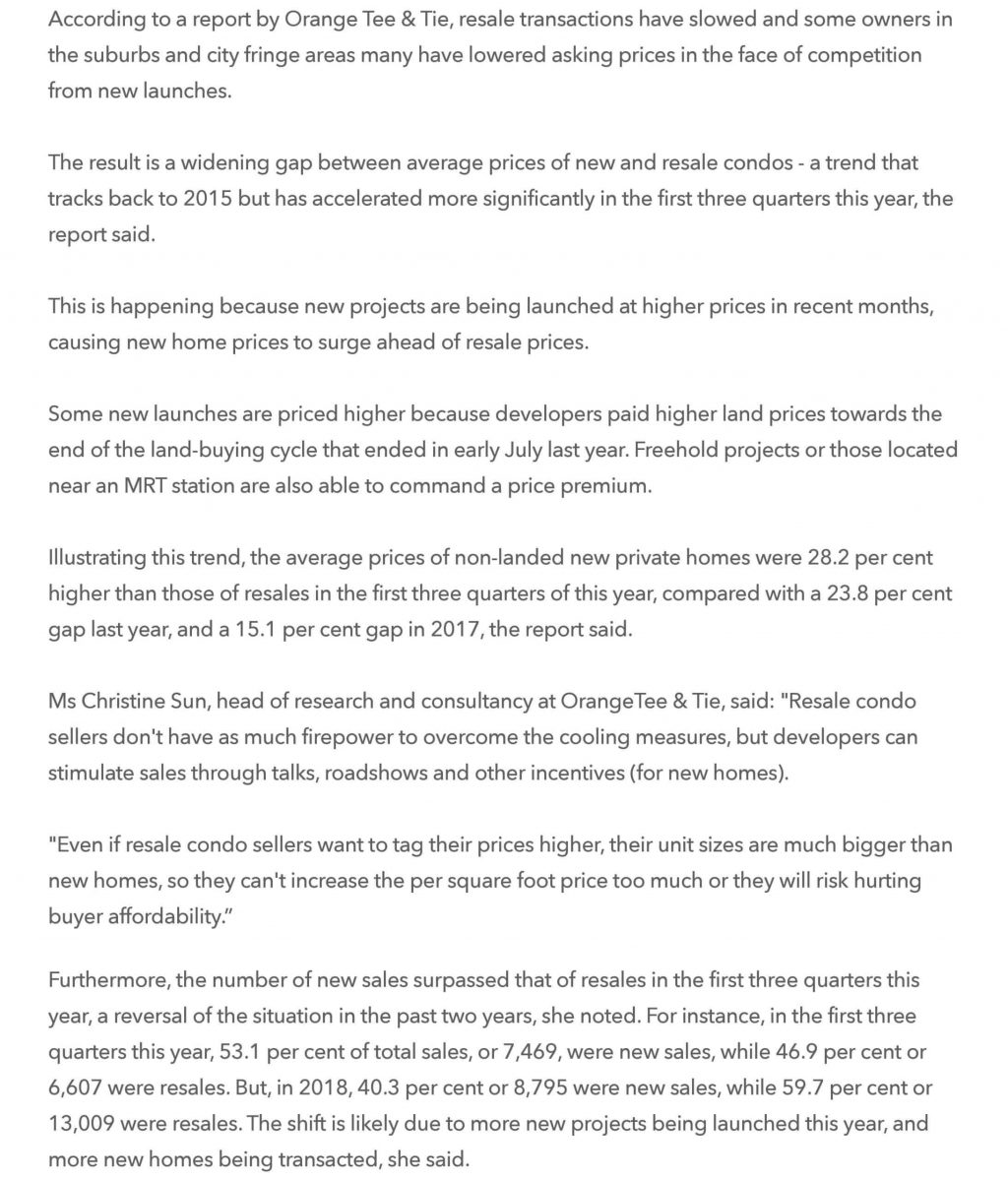 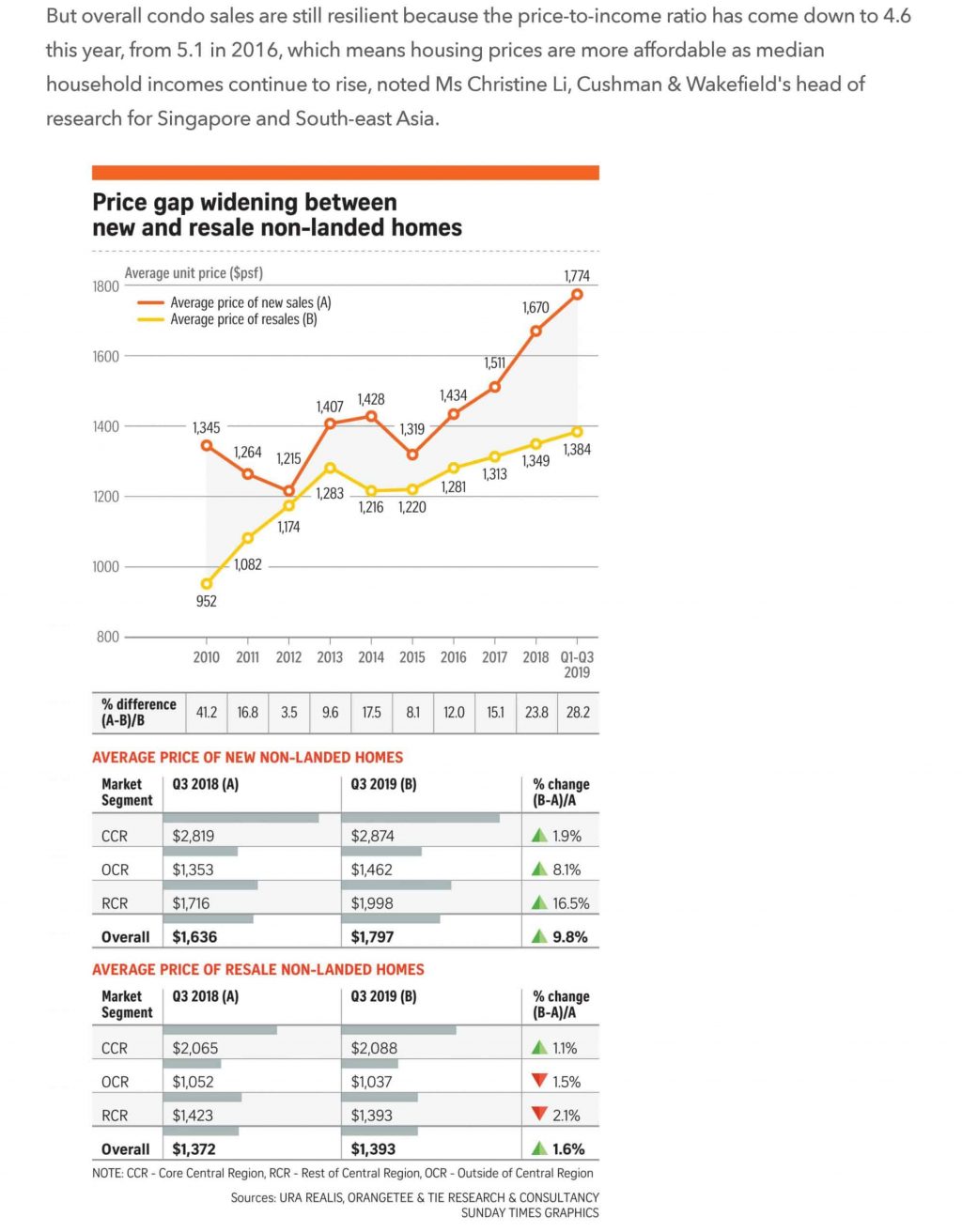 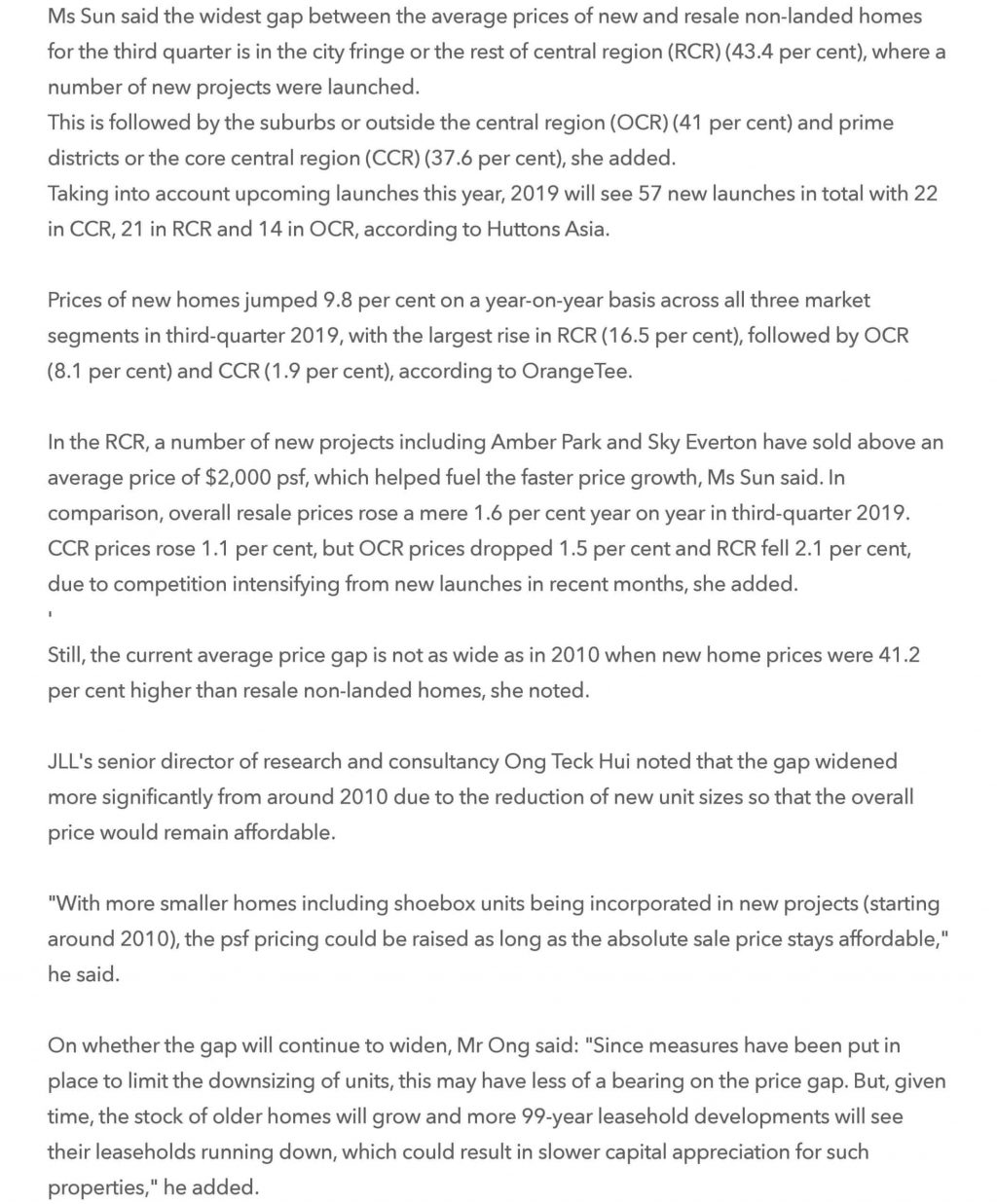 For the first time in 3 years, the Singapore real estate market is seeing a reversal in trend whereby new project sales have surpassed resale condos. This is partly underpinned by the higher prices of new launches amidst an uncertain economic backdrop reflecting a resilience in demand. This cannot be said of resale condo where we see a weakening demand versus new launches where owners in the OCR Region have lowered their asking prices.

2017-2018 saw an enbloc cycle and developers have been bidding higher land prices resulting in new launches priced higher.  As a result, new launched projects have a premium of almost 30% over the resale condos. 2018 saw a premium of 24% while 2017 was 15%.

To put things in perspective, the gap between new home prices were 41.2% higher in 2010 compared to resale non-landed homes. The per-square-foot prices have been rising but at the same time, to keep the quantum affordable to buyers, new condo launched units have seen a reduction in sizes. Thus while the older resale condo units may be cheaper in per-square-foot prices, its larger sizes will amount to similar quantum prices.

Another factor contributing to the residence in demand for new house is the price-to-income ratio has come down from 5.1 in 2016 to 4.6 this year, which means housing prices are more affordable as median household income continue to rise.  In other words, the gap will be widened as land prices increases and unit sizes decrease, so that overall prices remain affordable.

2019 sees a total of 57 new launches with 22 in Core Central Region, 21 in Rest of Central Region and 14 in Outside Central Region. Amber Park, Sky Everton and Meyer Mansion have sold above average price of more than $2,000 psf which helped propelled the price growth.