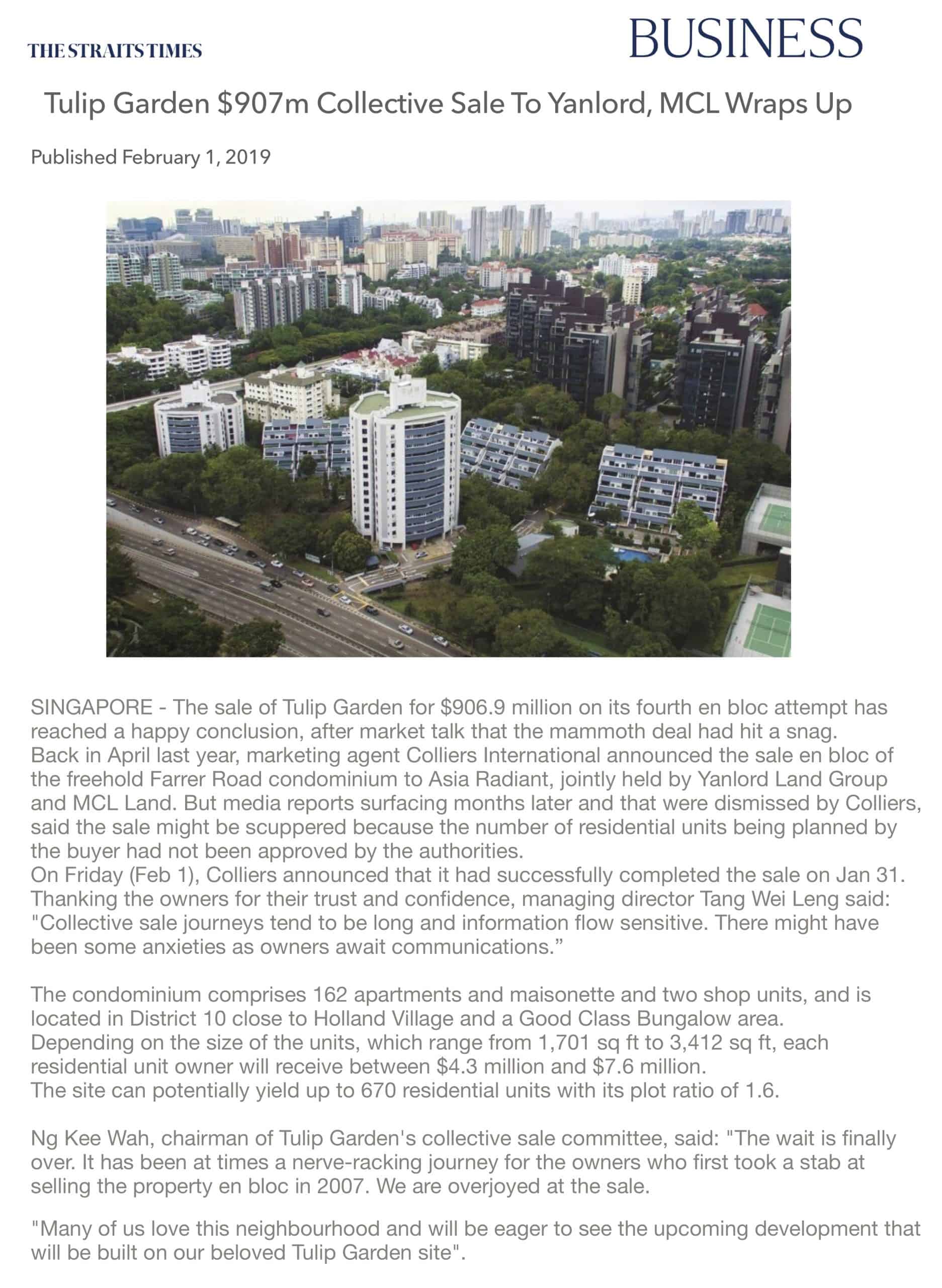 2017-2018 has been the much awaited en-bloc cycle the market has been waiting for almost a decade. This collective sales cycle saw many record-breaking bids from many large developers whose land banks are depleting and are gearing up for the next property up-cycle.

MCL Land and Yanlord Land collaboratively tendered successful for the Tulip Garden freehold site which market watchers described as a much coveted freehold land in District 10.

Collectively they managed to clinch the deal at $907M marking this acquisition in District 9 as the largest collective sale in over a decade and second-highest on record, surpassed only by the sale of Farrer Court for $1.34B in 2007. It is also the largest en-bloc acquisition exceeding Tampines Court which was sold for $970M and Amber Park which was sold for $907M. This tender drew keen interests from both local and international developers.

This iconic condominium represented a high-end luxury apartment in District 9 which was popular due to its sprawling freehold site which included the proximity to both the Central Business District and the Orchard Road shopping belt, and the upcoming Great World City MRT Station.

This development will draw interests from both locals and foreigners.